The U.S. promotion of militarization and neoliberal economic policies in the name of addressing migration from Central America has traditionally gone largely unchallenged in Congress. SOA Watch and other solidarity organizations are working to change this by providing Congresspeople with the information they need to challenge the White House narrative.

When the House Foreign Affairs Committee held a hearing recently about the White House plan to address the “root causes of migration from Central America through private investment” most members of the Committee took for granted the premise that private investment = jobs = less migration. Committee member Rep. Ilhan Omar, however, spoke up, referencing what she learned during our recent delegation to Honduras and Guatemala:

“As you might expect the root causes of migration were a recurring theme of our meetings. I have to tell you all, what I heard in those communities was completely different than what we are hearing from you today. What we heard was a lot of stories about transnational private investments being a root cause of migration… we heard about mega projects displacing communities about labor explotation… Help me understand how this is different than previous efforts to increase private sector investment in Central America and how you are factoring in a history of corruption and labor exploitation.” 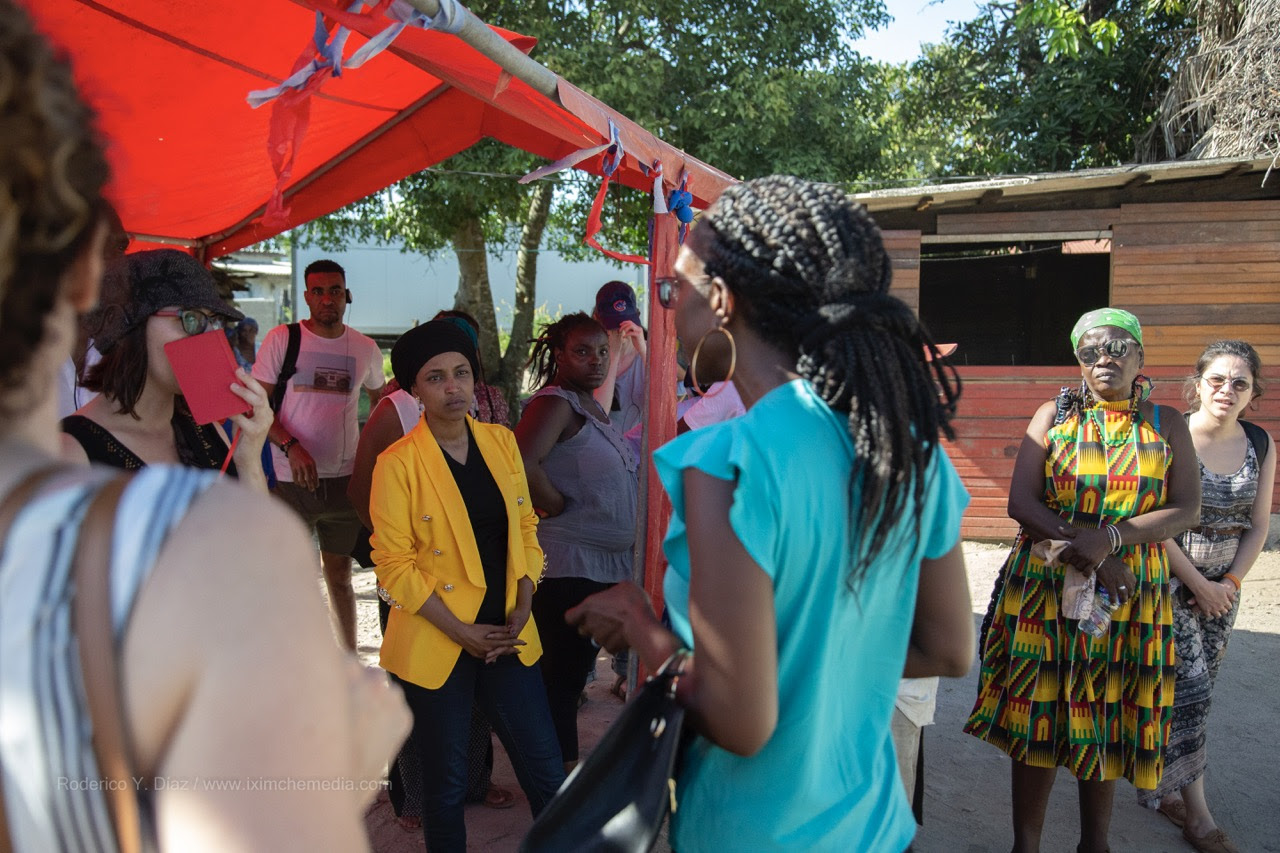 Rep. Omar (center in yellow jacket) listens during a visit with the Black Fraternal Organization of Honduras (OFRANEH).

The speaker for the Partnership for Central America, the alliance of corporate entities supporting the White House Plan, made several dubious claims in response, saying “it’s about environmental protections, it’s about worker rights… we have a vetting process in place.” However, even a quick look at some of the companies involved shows that this is very much NOT the case. Workers from Elcatex, one of the garment factories in Honduras that is part of the White House announcement, have been permanently injured as a result of working long hours with high production quotas and have had to go so far as to participate in a case in the Inter-American Commission on Human Rights to demand their labor rights. A businessman with another of the companies linked to the plan was accused of paying bribes in exchange for the company’s energy contracts and agreed to collaborate with prosecutors.

Read more here about the reality of some ofthe companies involved in the White House Plan.