In several Latin American countries, during the last week of May, various activities were carried out in the framework of the “Semana Internacional del Detenido Desaparecido” (International Week of the Detained-Disappeared).

It is not possible to forget that a few days earlier, on May 20, 2020, Madres y Familiares de Uruguayos Detenidos Desaparecidos  (Mothers and Relatives of Uruguayan Detained-Disapepeared) held the 25th March of Silence, this year virtually, against oblivion and impunity.

According to the “International Convention for the Protection of All Persons from Enforced Disappearance,” forced disappearance means the arrest,  abduction or any other form of deprivation of liberty by agents of the State or by persons or groups of persons acting with the authorization, support or acquiescence of the State, followed by a refusal to acknowledge the deprivation of liberty or concealment of the fate or whereabouts of the disappeared person, which place such a person outside the protection of the law.

The forced disappearance of people in Latin America, practiced by security forces or by paramilitary groups operating under their protection, was a harsh reality experienced and lived by thousands and thousands. The relatives of the detained-disappeared continue to ask ‘Where are they?’ Unfortunately, forced disappearances have continue to occur in recent years.

In Argentina, in May, Luis Espinoza was arrested in Tucuman, beaten by the police, disappeared for a week, and then finally found dead. Nora Cortiñas, from Madres de Plaza de Mayo Línea Fundadora, said, “As with Santiago Maldonado, this is forced disappearance followed by death even though the government denies it. The boy was disappeared for a week and finally found dead. We must not slacken off, this is terrible”.

In a statement, the Comité of Familiares de Detenidos Desaparecidos en Honduras (Comittee of Families of the Detained – Disappeared in Honduras, COFADEH) wrote that “between 1979 and 1991, 184 forced disappearances were registered for political reasons. These atrocious acts were developed by the the United States Central Intelligence Agency (CIA) in Latin America which with the complicity of military regimes and ‘constitutional’ governments, trained ‘death squads’ to torture, assassinate and disappear social strugglers, teachers, union leaders, workers, students, intellectuals and artists.”

Since the US-backed coup d’etat in Honduras on June 28, 2009, COFADEH has also documented that, at least 13 people have been detained and disappeared.

In Colombia, among other organizations, it is the Movimiento Nacional de Víctimas de Crímenes de Estado, MOVICE (National Movement of Victims of State Crimes) that leads the fight for truth and justice for both victims of extrajudicial executions and those who have suffered forced disappearance. 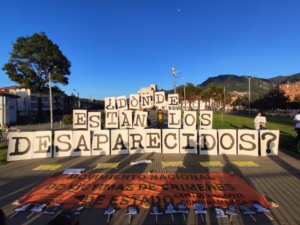 MOVICE also promotes a Signature Campaign for the search of the victims of forced disappereance where they ask the President of Colombia Iván Duque “to accept the competence of the United Nations Commitee against Enforced Disappearances so that this body can act in Colombia and prevent this crime from continuing to occur.”

Paula Mónaco Felipe, from Hijos México, (an organization of sons and daughters of the disappeared, exiled, assassinated and former political prisoners) who participated as panelist in the virtual forum “Where are they? A question with 50 years of history,” organized by UNAM, points out that there are more than 61,000 missing persons without counting the migrants who have disappeared during their passage through Mexico. 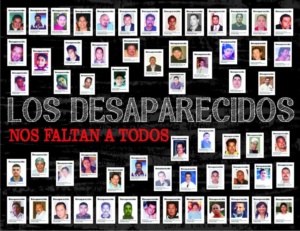 She says that the cloak of  impunity, of forgetfulness, of silence, the climate of impunity that has existed, “makes the disappearance multiply” and recalls that “Not even in the well known massacre of Tlatelolco in 1968, not even in that case did justice exist.”

“Disappereance began to be applied as a method of exterminating political dissidents and had, deep down, a very well thought-out strategy, even technically developed at the School of the Americas, which is a U.S. military institution and which continues to train (the miltary and police) under another name today” said Paula.

In 1996, the U.S. press, exposed that Training Manuals  used at the School of the Americas advised “to apply torture, blackmail, extortion and payment of reward for dead enemies”.

“That way of taking people away without saying where they are, that their final destination is unknown and if they die, they are killed without their bodies appearing, is a form of social control because it generates terror. If you raise your voice, they are going to take away you too,” says Paula.

Ana Enamorado, from Honduras, also participated in the UNAM forum. She came to Mexico with other Central American mothers looking for their missing children.

She recalled that, in the first days in Mexico, in a demonstration “I heard cries of pain, of desperation, asking where our children are, where our migrant children are, who one day called us from Mexico and then lost track. And I heard the cries ‘Alive they took them, alive we want them!’ Little by little I got stronger and began to shout and ask, from house to house, where Oscar is.” 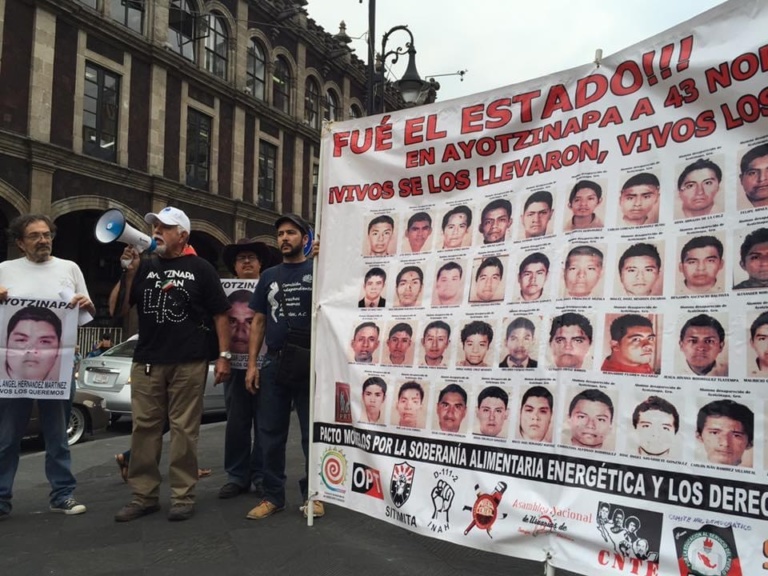 Photo of Fathers and Mothers in Ayotzinapa, Mexico

In Chile the Agrupación de Familiares de Detenidos Desaparecidos de Concepción (Group of Relatives of the Detained-Disappeared in Concepción) arrived at the front of the Cathedral of the city with banners, with carnations, and with photos of their relatives on their chests and on their hearts. Once again, they demanded truth and justice. They also said no to “denialism” of those who continue to deny what happened, those who want to encourage oblivion.

At the demonstration , they raised their voices and sang “Todavía Cantamos” (We still Sing) a song by Víctor Heredia. “For a different day, without haste or fasting. Without fear and without crying, and for our loved ones to return to the nest”.

(As I finished this article, the news came that very close to Concepción, in San Pedro de la Paz, at a military checkpoint, the resident Claudio Jarpa was brutally beaten and threatened with death by five marines. Among the threats, they told him  “If we want to, we will make you dissapear”). 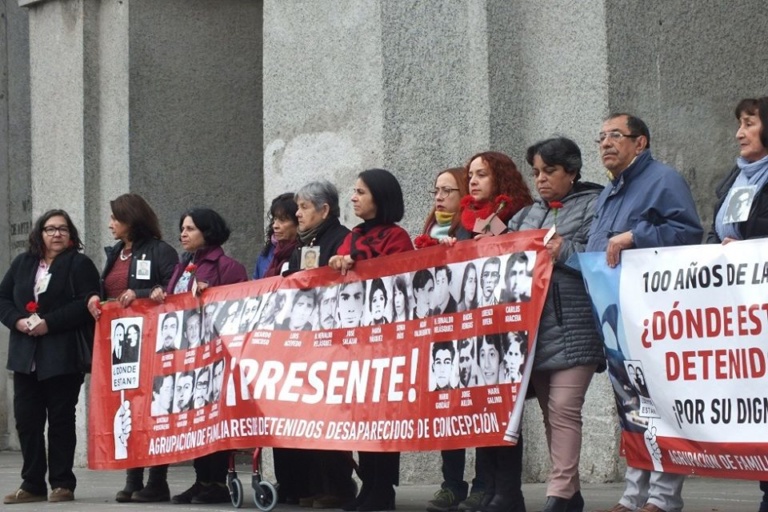