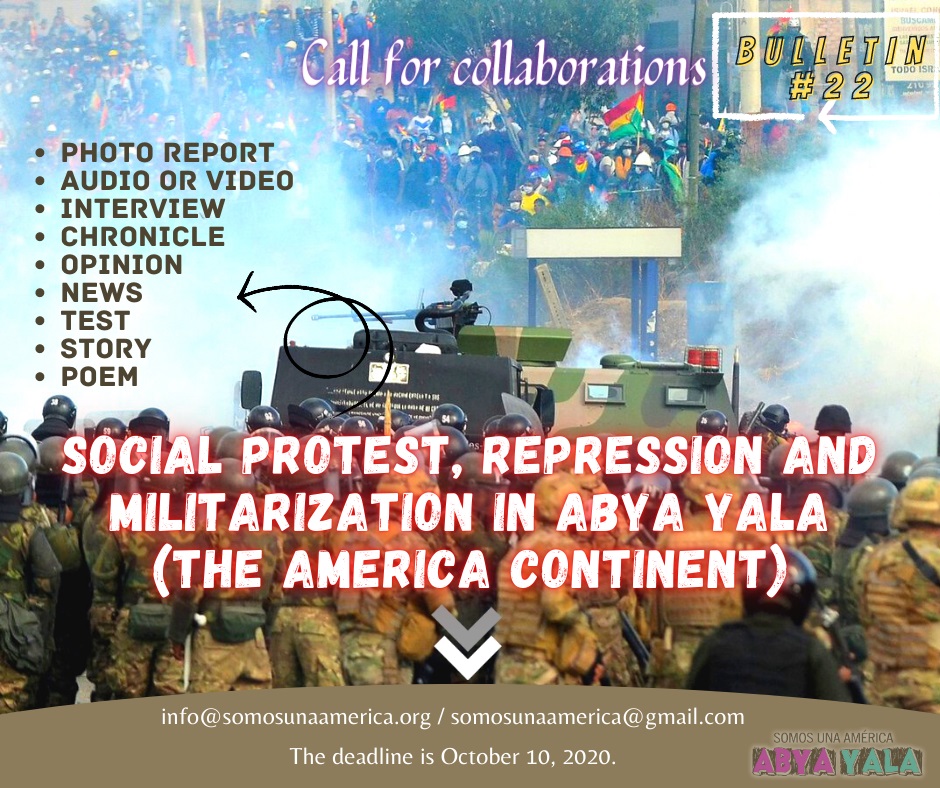 From the platform One America – We are Abya Yala: As we have seen while in confinement due the coronavirus pandemic, there is a recurrence of anti-democratic and authoritarian values in some countries of the region. The people around the continent have risen up demonstrating against the repression and violence exercised by the public security forces. Cases such as the murders of George Floyd in the United States and Javier Ordoñez in Colombia are the most recent example of the danger posed to citizens by the repressive and criminal apparatus of state security agencies.

The military response to social protest is worrying because it has led to multiple human rights violations, committed by the police and the military who swore to protect and serve the citizens. Today, we see the State Forces deployed in the streets attacking the different expressions of the social movement, and placed at the service of an establishment whose leaders are increasingly far from their towns.

In light of the above, we wonder about the role that the United States has played through military cooperation in the countries in the center and south of Abya Yala, and in what way this cooperation is working with the new logic of accumulation of wealth by the dispossession of people from their lands.

For the new edition of the We are Abya Yala newsletter we ask that you share with us your experiences regarding social mobilization scenarios, where repression and militarization have been launched in your lands following these criteria:

You must send it to our email account Somosunaamerica@gmail.com  the deadline is October 10, 2020.

The articles selected in the Bulletin will be published individually in http://somosunaamerica.org/ and its content and sources are the sole responsibility of the authors.