From April 8-15, 2018, SOA Watch joined a delegation to Honduras, organized by the Alliance for Global Justice and La Voz de los Abajo, in order to better understand the situation of political prisoners and to contextualize the repression of several affected communities. We spoke with political prisoners and their families, met with the National Committee to Free the Political Prisoners, the Committee of Relatives of the Disappeared in Honduras (COFADEH), as well as the Team for Reflection, Investigation, and Communication (ERIC-SJ), as they are working on the legal cases and campaigns for the release of those detained in the aftermath of the fraudulent elections.

In late November 2017, we witnessed electoral fraud and the unconstitutional reelection of Juan Orlando Hernandez (JOH). When the people of Honduras mobilized in opposition to the fraudulent election results, US-trained state security forces responded with violent repression – including live bullets – resulting in over 35 killed, over 1,300 arrests and 22 political prisoners.

For years, we have witnessed the United States train, finance and back a coup regime. The murder of our dear compañera, Berta Caceres was carried out at the hands of two SOA-graduates, the intellectual authors, along with six others involved in her assassination. 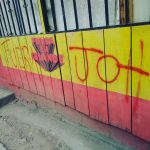 The people’s’ disapproval of the JOH regime is evident in the writings on the wall  across the country; it is heard in the voice of the people screaming Fuera JOH! (out with Juan Orlando Hernandez!), it is felt in a country rejecting US imperialism. The people of Honduras are standing up to a government that is desperately attempting to maintain control through a pattern of collective punishment, including the disintegration of families and the imprisonment of political dissidents, not to mention forced displacement Hondurans and creation of refugees fleeing their homeland. Brave leaders and protesters are held in military-run maximum security prisons under torturous conditions and served inadequate and rotting meals and water. The repeated requests of Human Rights Observers to enter the prisons to examine the health of the political prisoners have been denied.

COFADEH made a formal request to enter La Tolva and El Pozo prisons, but neither of these military-run maximum security prisons answered our requests.  When we attempted to visit La Tolva, our group’s physician was permitted to talk to a doctor at the prison; however, the prison did not allow our physician to provide medical attention to either Edwin Espinal or Raul Alvarez. Of the families in the community of Pimienta, only the parents of two young brothers have been able to gather the necessary permits to visit their children at the El Pozo prison. 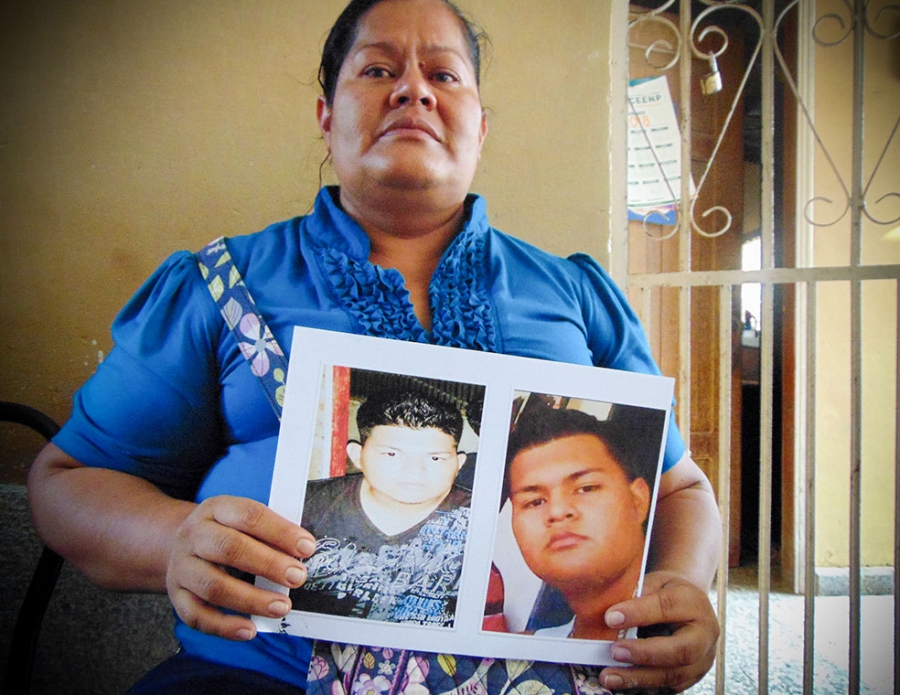 After several attempts to visit multiple prisons, we were only able to meet with Lourdes Johana – the only female political prisoner – who, until her recent release, was held in a prison in Tela.  The police detained not only Lourdes, but her husband and brother at her home. While she was in prison, her relatives cared for her four children, and her business was forced to close.

To date, there has been no State accountability. During our meeting with Human Rights and Labor Officer at the US Embassy, Jason A. Smith, he refused to acknowledge the gross human rights violations happening throughout the country, and denied the existence of political prisoners. In contrast, we repeatedly heard stories of families – including children – being gassed in their homes during the arrests. We learned about fabricated evidence used to incriminate protesters on trumped-up charges. We learned about the police harassment Lourdes experienced prior to the protests in order to obtain information from her.

As a grassroots movement rooted in solidarity with Latin America, our commitments is to put an end to the economic, military and political intervention from the United States to Honduras!

The political persecution in Honduras of those speaking out against a dictatorship is far from over. During our week in Honduras, at least ten people, including two families, had to flee their homes. We must continue to hold the United States accountable for the funding and training it has provided to the Honduran military, which  continues to commit gross human right violations. We must continue demanding that security and military aid to Honduras be cut. We must continue demanding the release of political prisoners and that their charges dropped. We must continue paying attention to Honduras as its people continue to endure and resist a US-backed dictatorship and refuse to remain silent, even in the face of brutal repression.

Since our delegation, Eduardo Urbina has been granted refuge in Costa Rica and the request for his extradition made by Juan Orlando Hernandez was denied. Edwin and Raul are still detained at La Tolva. Just this week, Lourdes Johana, the only woman political prisoner was released from the prison in Tela, and several other political prisoners were released from Progreso and Pozo.  Regardless, they must still face charges and must continue resisting the State as they look to stabilize their homes again. Lourdes, for example, must now find ways to provide for her family again and work through the trauma her children have experienced that has halted their education and uprooted them from their home. The release of some of the political prisoners is due, in large part, to continued grassroots pressure and the international campaign to free political prisoners in Honduras.  Let’s keep up the pressure until all political prisoners are free!

Stand up in solidarity with the people of Honduras this May 10th!

This week and over the coming weeks, take a picture of yourself or with a group with a sign or a piece of paper demanding the freedom of the political prisoners and share it through your social networks (Facebook, twitter, Instagram) with the hashtags #LibertadPresxsPoliticxsHN and #FreePolticalPrisonersHN.