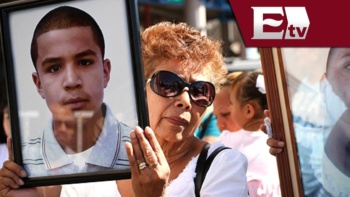 For Latin America, the murder of George Floyd, on May 25, in the United States, and the protests that followed, were of great importance.  They  brought the issue of police violence to the front. The case of George Floyd we know is not the only case, there are thousands of equal cases throughout Latin America and many more in the US.

Undoubtedly, throughout our continent, family members, organizations, from Tierra del Fuego to the south of the Rio Grande, and much more beyond, cultivate  memory to continue the  resistance and demand:  a stop to police and military violence. Continuing  to demand justice for  our murdered and disappeared.

Every 10th of every month, for example, a vigil is held for José Antonio Elena Rodríguez, who was only 16 years old when he was assassinated on October 10, 2012, by a Border Patrol agent who shot him from the United States into Mexico.

We spoke with José Antonio’s grandmother, Taide Zojo de Elena, who participated in 2019 in the protests in the United States against the School of the Americas and, before, attended the United States Supreme Court in Washington DC, to hear the case of Sergio Adrián Hernández Guereca who was also assassinated, in 2010, by another Border Patrol agent.

The agent shot into Mexico and killed 15-year-old Sergio Adrián, who was playing with friends at the time. The United States Supreme Court voted 5-4 in favor of closing Sergio Adrián’s case and determined that his family members will not be able to demand compensation for damages in US courts.

– I wanted to ask you, first, in your memories, who was José Antonio?

José Antonio was a very nice boy, often smiling, a boy with dreams, with goals. He was a very obedient boy; He was a good boy, of which there are almost none any  more. He was a very good , he was handsome , what else can I tell of him? For me,  he was a boy who liked sports, who liked to study. He was studying   high school, so he was not an idle boy, far from it.  But, well, he had the bad luck to walk  at the wrong time and there he did have bad luck.

– For people who don’t know this story, in these years have you had justice, some justice or nothing?

Nothing, nothing, not justice. The only thing we have and understand is that Mexicans and people of color have no justice in the United States at all, at all. They invented many stories ,they don’t let you speak. The  the boy’s reputation was shred to pieces along with the family, because it is very easy, it is very easy to do that with a person who is dead and cannot defend himself, right? And they don’t let  family members, defend ourselves. If we had had a civil case, probably, there we would have had a chance  to speak and defend ourselves and tell the truth who he was as a son, because they had the nerve to even buy witnesses; But  the main witnesses, the judge did not let them come. I do not understand the reason. Well, I do understand it. Because  they never let a police or government person be sentenced. This is we have  proven there is no justice. We have not had justice  but we will continue fighting. We will continue to fight as long as we have life, while we can, we will continue to fight. Even if we cannot, make a civil judgment, we are going to fight so that there is a change in the law in the Congress for other people who are in the same situation as we are. This is our  idea ,not to let ourselves be defeated and perhaps we can achieve a little bit of justice, but until now, no, we don’t have it; we havenot achived it yet.

– From what I hear, the border patrol agent who killed José Antonio is free, am I correct?

Yes, he was never in jail. He was taken away from work, his weapons were taken away, his passports  , as I understand it, he is working in San Diego, I don’t know. Supposedly not with the same charge he had here but he’s free.

– With the situation that the world knows about the murder of George  Floyd, there is a whole policy against police violence, what do you think of what is happening, of the protests in the United States, against the police?

Well, I think we should fight until they just put them in jail like , right? That he is inside the prison, but fight to be sentenced. Because  they make a judgment but they set them free. And what did the Supreme Court say: in the case of this little boy, Hernández Guereca, we were in Washington in that Court. We were in that court, there. And what he said: that we had no right. That we had no right to a civil case, because the dead man was in Mexico. OK., The dead man is in Mexico; but where did the bullets that killed him come from? From the United States, right? And man, where is he? It is in the U.S. So that’s where they should sentence him, because he’s in the United States. What does it matter where the dead man is? He killed him anyway, for no reason. Because he was wronh. Everything they found, everything they found out, everything they said, were lies. As I tell you Tthey made a big effort  themselves to destroy the reputation  of José Antonio is the worst.  They did not leave it, that those who defended him, those who had our case, did not let them speak about the murderes   record, because that man has a record. He has a record that was never told in court because the judge did not allow it. So what are we playing at?  they are doing it no more out of justice ,they did nothing. Ah, I don’t know, I don’t know, what was the intention of making such a trial, that he had no two trials, that they had nothing, nothing, in favor of José Antonio.
–

– No justice, no justice?

Nothing Nothing Completely nothing.

– The same thing happens here. Many times, when the police murder civilians, ordinary people, they go to trial and it seems that it is only a formality because, even if they are convicted, they are sentenced to a few years and given parole and in the end, they are released. So, do you think that the judges makejustice in the United States ? they are  complicit in this impunity that exists?

Yes, when it comes to us, Mexicans, and people of color, we have no justice at all, nothing. They say that Mexico is corrupt. Well, we verify that they are the same or perhaps worse than Mexico,  more than Mexico, because, as they later say, “raise fame and go to sleep.” So, Mexico is already famous for that.But here  they, do  everything under the rug  and Mexico does not, because Mexico is more open, everything is known. But this trial in the US was a mockery. They  were a mockery for us.

– After going to  the Supreme Court last year, you  travel to the protest against the School of the Americas. What was it like, what happened to you, why did you go?

Well, as it was the first time we went, we are there in Colómbus , we were the ones who led the demonstration and we talked, we talked and told everything that happened. It was very nice and everything you want, but the School of the Americas, well, it remains the same, it continues to be worse, because, now it wants to train anyone, to kill. They already said it openly. So what are we going to have as a government, as police officers, as immigration? THUGS. Because the Supreme Court, by denying justice for these cases and releasing these people, are releasing criminals on the street and are giving permission to kill, right? So that’s the reality. I was there, in Washington, I had to speak to the DACA*, who by the way won the DACA, yes they won, right? Who knows for how long, because, well, if this man is there and he is re-elected who knows. It would be very bad for people to would re-elect him because, he is going to want to take the rights  away again, well, take the things from those students, from all those people.

– Is there much persecution of migrants from your point of view?

Yes, there is, there is a lot. There is a boy, from California, I think his name is José. No, I’m not sure. But he was almost killed. The border patrol almost killed him. He has a scar on his head from one side to the other, so big. He spent three months, three months in a coma, and he was allowed to stay  in the United States. His  wife,  fought a lot, in fact, he was here in Nogales in one of the vigils for José Antonio and, right now, he has just been deported. No more did they get to work and they deported him, he is in Tijuana right now, and they are trying to fix his case, I don’t know if they be able to  because, as things are, you don’t know  what to expect anymore .

We, as I say, we are going to continue fighting, we are not going to give up. If it is not for us, if we do not achieve that benefit, the Civil Court, then, for other people. But the fact is that we have to wait for the elections to pass. See if the Democrats win. Democrats are already winning, because we already have it done to fight that justice and that change of law. Let’s see what God says, because we have to have faith in God to be able to stand. We have been fighting for eight years and it is very hard, hey, it is very hard, it is very exhausting, it is sad, because it is a remembering the crime at every moment. It is something that no one can understand if they do go throuh this, if they do not live it. So, well, that’s were we are, sir, let’s see what happens.

– The last question, where do you get the strength, as a grandmother, as a person, to continue fighting for justice, to keep the memory of José Antonio?

Well, look, sometimes I even amaze myself, because there are times when I want to throw in the towel and say “now, let it be “, because, why not, you cannot close that cycle to live quietly t, right? But I remember the photos I saw of him lying on the sidewalk, all full of blood, I get angry and angry and say “no, I have to continue.” As long as I live and we can go on, we will go on, and that is what gives me strength: the anger and courage I have, the powerlessness of not being able to do what should be done, right? In these cases: punish the murderer, because the crime of José Antonio was a murder, the most cowardly there can be in this world, a boy, sixteen years old, who wanted so much to live, so many illusions and so many goals.

* DACA, for its acronym in English, is an immigration decision in the US, in Spanish “Deferred Action for Childhood Arrivals”. Favor youth who came to the United States as children and were undocumented. The DACA protects some 700,000 young immigrants known as “dreamers” or, in Spanish, dreamers, from deportation. The note is ours. 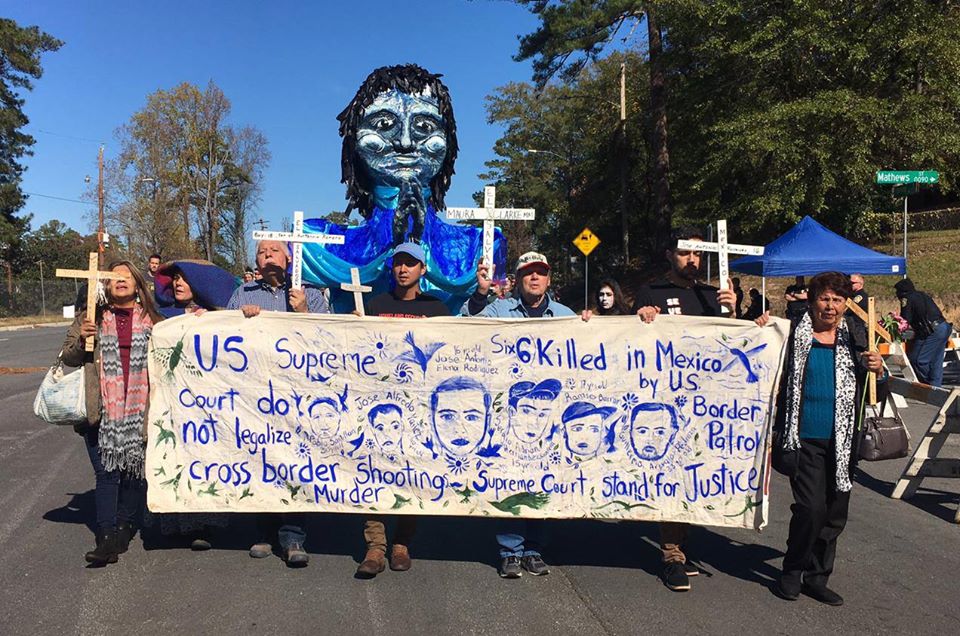 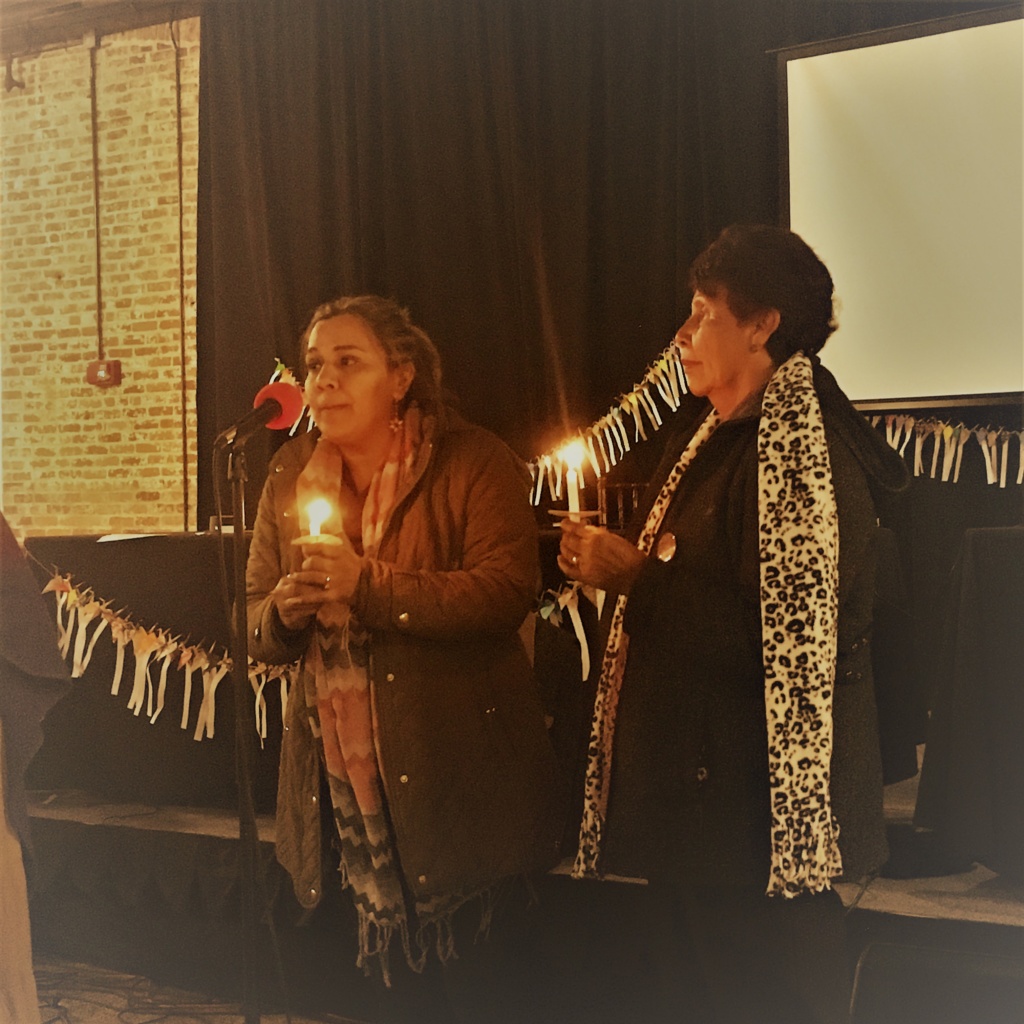 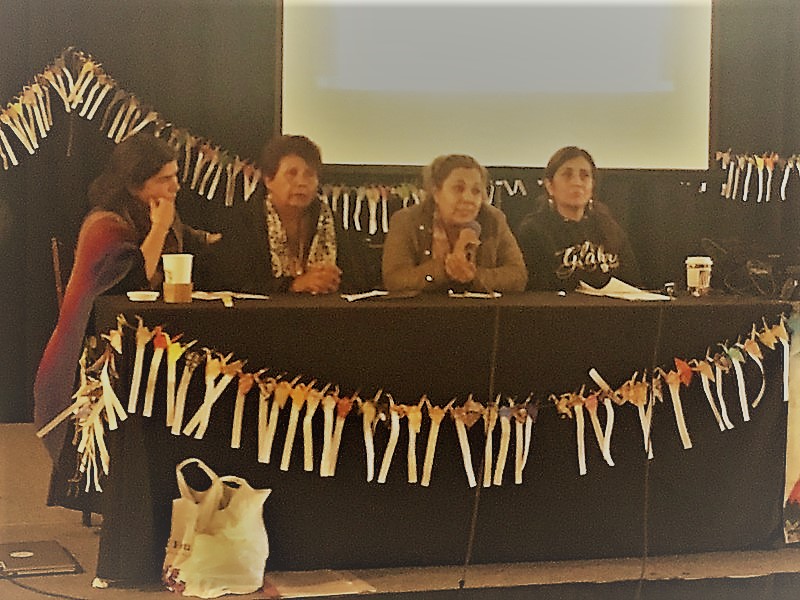 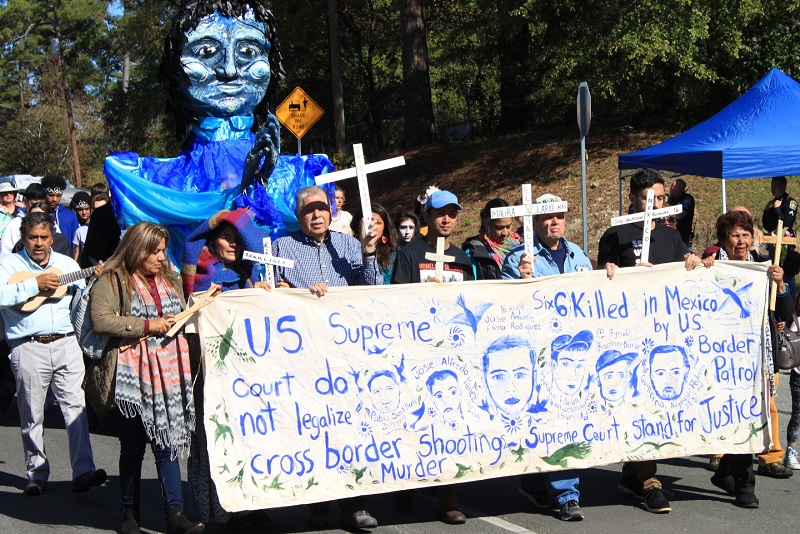