SOA Watch is honored to have hosted a mini-film festival on March 20 & 21, 2021 in partnership with Mutual Aid Media, COPINH, and OFRANEH. The film festival included the world premiere of the documentary La Lucha Sigue (The Struggle Continues) about the struggles of the Lenca and Garifuna peoples in Honduras as well as amazing discussion panels following each film. View the entire Film Festival recording below!

Each film was followed by a community specific panel with fierce Indigenous and Black women leaders. A large group discussion with all the women warriors together closed out the festival.

This film festival is a celebration of World Water Day and the communities that put their lives on the line to defend it. We were blown away by how many people participated (Day 1 – 2,358 and Day 2 – 1,253) and by the number of territories across the continent that were represented. We have been hearing from so many how you were moved, inspired and energized, and had the feeling that you’d participated in a historic gathering that transcends imaginary borders. You can watch the entire film festival below.

The film festival opened with the world premiere of LA LUCHA SIGUE (THE STRUGGLE CONTINUES), on the heels of COPINH’s commemoration activities for the 5th anniversary of the assassination of world-renowned Indigenous leader Berta Cáceres. Additionally, March 20th marked 8 months and 2 days since the forced disappearance of 4 Garífuna men of Triunfo de la Cruz from their homes.

In Honduras, the most dangerous place in the world to be a land defender, the Lenca and Garífuna people are not backing down. They are fighting to uphold their rights and Indigenous and Black cultures in the face of state backed megaprojects and narco-traffickers who seek to assassinate them, destroy their lands, and erase their existence. Watch the trailer.

To learn more about COPINH and OFRANEH.

The second film on Saturday, was INVASION, a short film from Wet’suwet’en territory in so-called “Canada,” about the heated battle to protect their sacred river.

In this era of “reconciliation”, Indigenous land is still being taken at gunpoint. INVASION is a new film about the Unist’ot’en Camp, Gidimt’en checkpoint and the larger Wet’suwet’en Nation standing up to the Canadian government and corporations who continue colonial violence against Indigenous people. Watch the trailer.

SHORT DOC FROM THE LOUISIANA BAYOU

L’EAU EST LA VIE (WATER IS LIFE): FROM STANDING ROCK TO THE SWAMP is the story of fierce Indigenous women who are risking everything to protect Mother Earth from the predatory fossil fuel companies that seek to poison it. Watch the trailer.

These women warriors will come together to share their strengths, knowledge, and traditions.—Come meet the women who collectively: have recuperated their land from narco-traffickers, are spearheading a campaign to bring some of the most powerful figures in Honduras to justice in a country that runs wild with impunity, are organizing a nation-wide process to re-found Honduras with a new people’s constitution, have been protecting their yintah (territory) from some of the biggest oil and gas companies for a decade, inspired solidarity actions across so-called “Canada” that #ShutDownCanada’s economy for 2 months, delayed construction of an Energy Transfer Partners pipeline by 2 years, shined a national and international spotlight on cancer alley, and are taking on Formosa Plastics to stop them from constructing one of the largest US plastic plants.—In the face of this ongoing colonial violence and racial capitalism these communities are organizing a traditional university, recuperating territories to house climate refugees, leading COVID-19 community responses, revitalizing their languages, upholding their spiritual and cultural practices, growing food forests and using land based healing programs to address the harms of colonization.

You’ll find tools for community screenings, a deep dive into the frontline protagonists in the film, and critical reflections about the role of US imperialism in driving the violence in Honduras and what decolonization actually means. 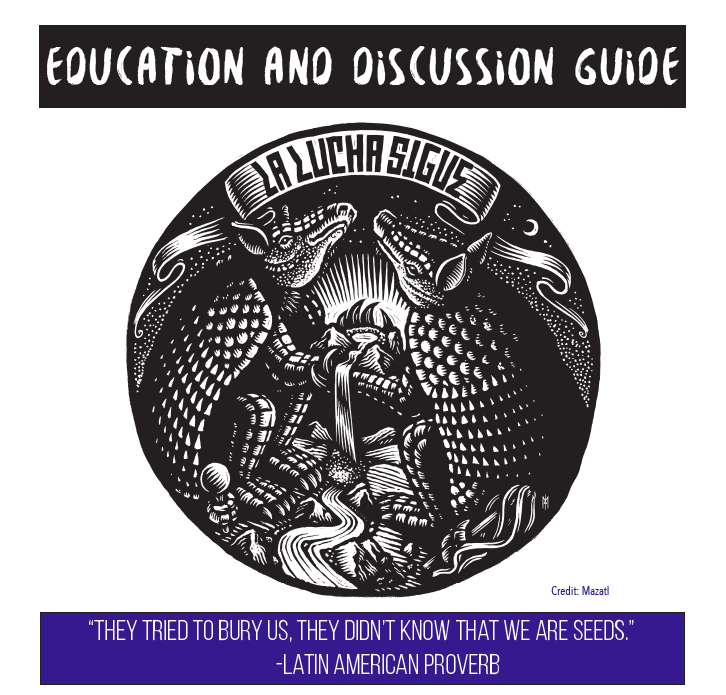 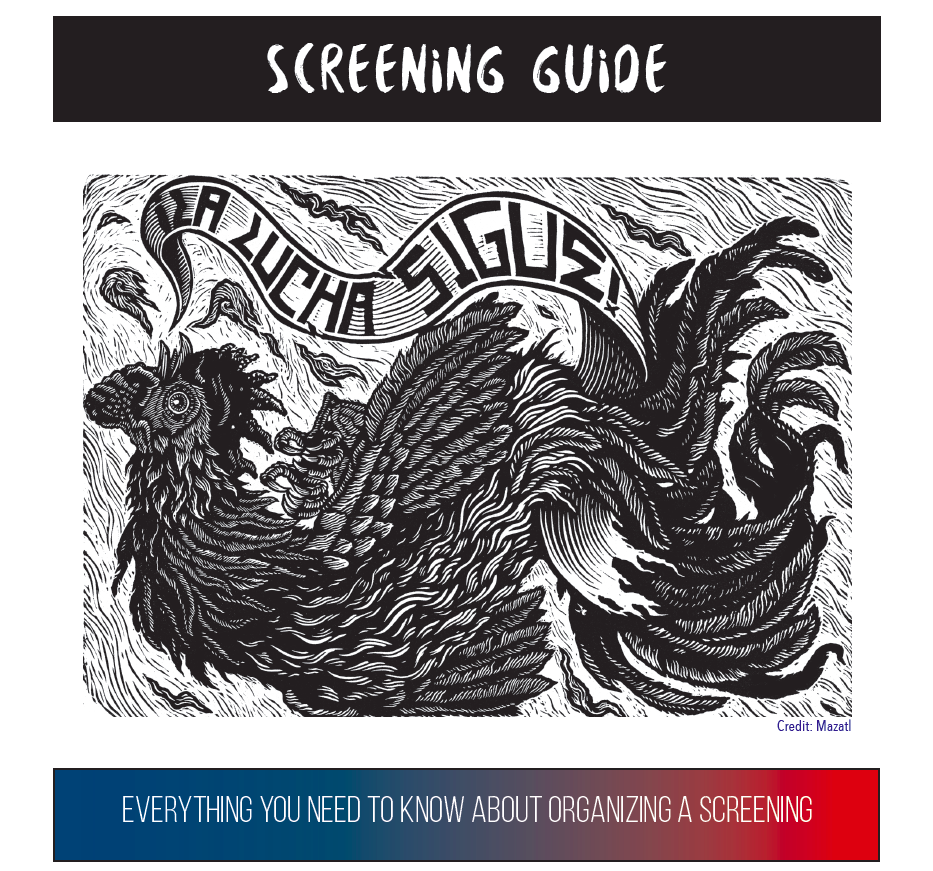