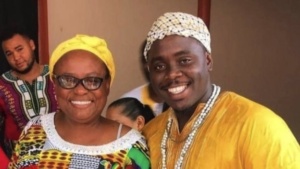 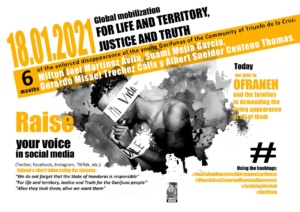 Today, OFRANEH is asking people around the world to participate in a Global Mobilization on social media  ‘for life, territory, justice, and truth’ by sharing the image on the right  with your message of support.

Here are sample messages on Facebook, Twitter, and Instagram. You can share these, share your own message, or even upload a short video  calling for the Garifuna men to be returned alive and for the Honduran state to respect the life and territory of the Garifuna people. Please use one or more of the following hashtags:

Finally, as we remember Martin Luther King Jr. today, we leave you with an excerpt from his words from May 10, 1967, which are extremely relevant today:

”Three major evils – the evil of racism, the evil of poverty, and the evil of war. These are the three things that I want to deal with today. Now let us turn first to the evil of racism. There can be no gainsaying of the fact that racism is still alive all over America. Racial injustice is still the Negro’s burden and America’s shame. And we must face the hard fact that many Americans would like to have a nation which is a democracy for white Americans but simultaneously a dictatorship over black Americans….

Now let us be sure that we will have to keep the pressure alive. We’ve never made any gain in civil rights without constant, persistent, legal and non-violent pressure. Don’t let anybody make you feel that the problem will work itself out….

Thank you for continuing to speak out and protest for what is right and just, 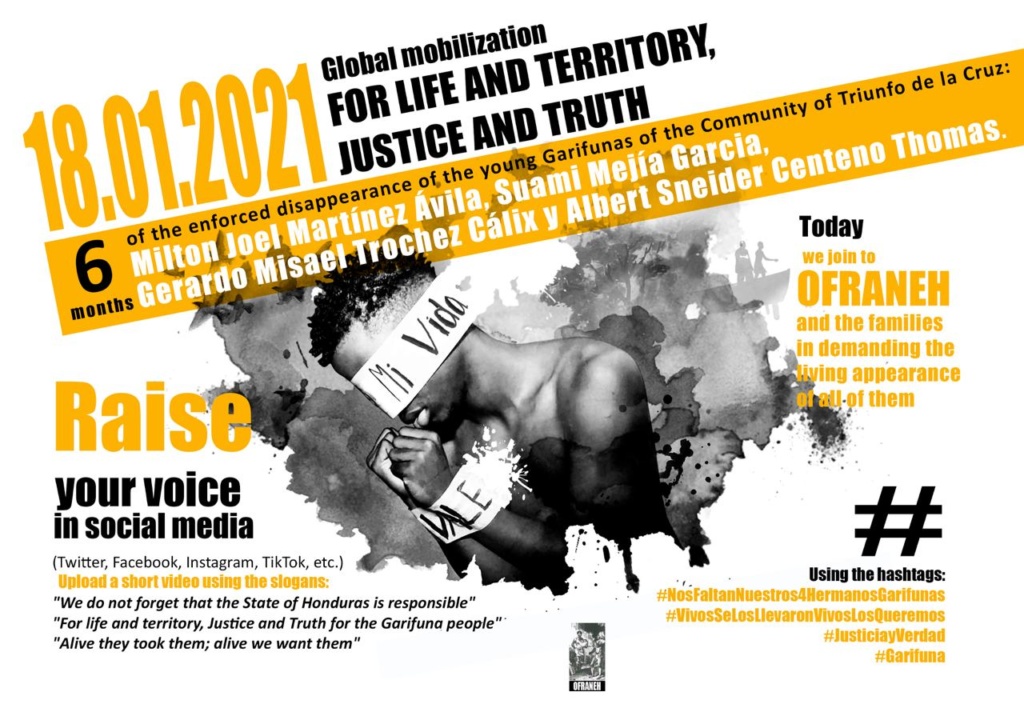 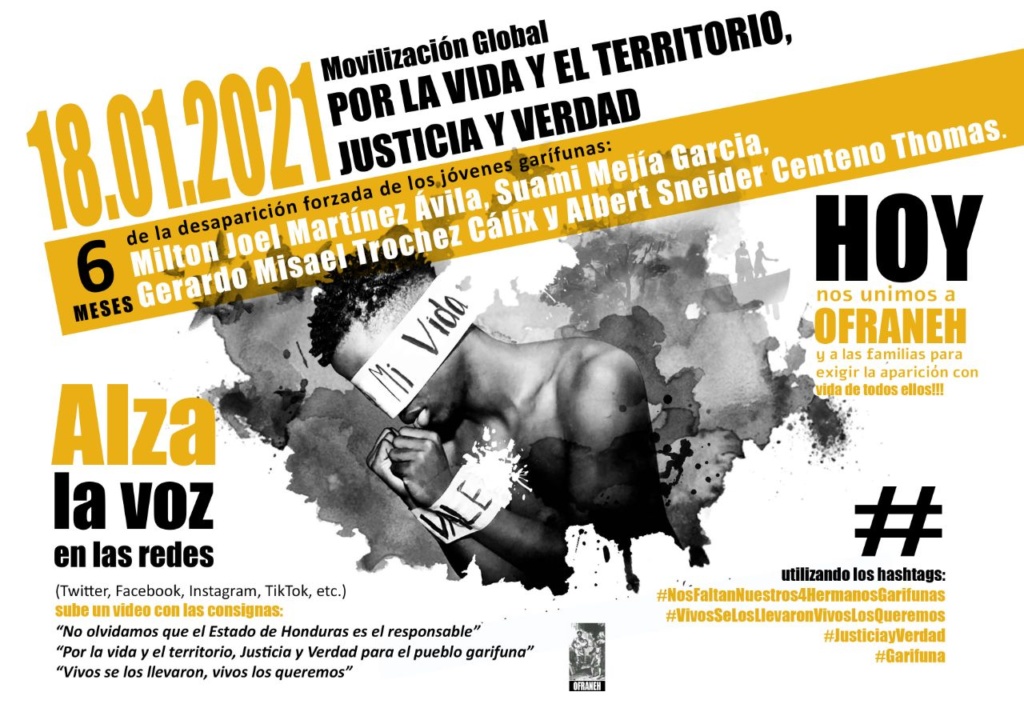