Today marks 20 years since the World Trade Center terrorist attacks in the U.S. and the subsequent U.S. ‘war on terror.’ As SOA Watch Council member Dr. Maha Hilal explores in her new book, Innocent Until Proven Muslim: Islamophobia, the War on Terror, and the Muslim Experience Since 9/11, the past two decades have been marked by a profound deepening of the apparatus of state violence rooted in Islamophobia. The war on terror and creation of the Department of Homeland Security (DHS) also took ‘the intensity, scope, and funding of the U.S. border and immigration enforcement to heights previously unseen in the nation’s history’ with DHS operating on the false premise that migrants were a national security threat, as Ryan Devereaux writes in an excellent article in The Intercept.

Today also marks 48 years since the 1973 coup d’etat against Chilean President Salvador Allende. The U.S. supported coup ushered in a dark era of military dictatorship in Chile, the effects of which still are visible in Chile today.

Today, we remember those who have been killed, disappeared, tortured, imprisoned, and had their lives destroyed in Chile, in Afghanistan, in the United States, and around the world. We also recommit ourselves to acting in solidarity with those most affected by state violence who are organizing for liberation and self-determination. 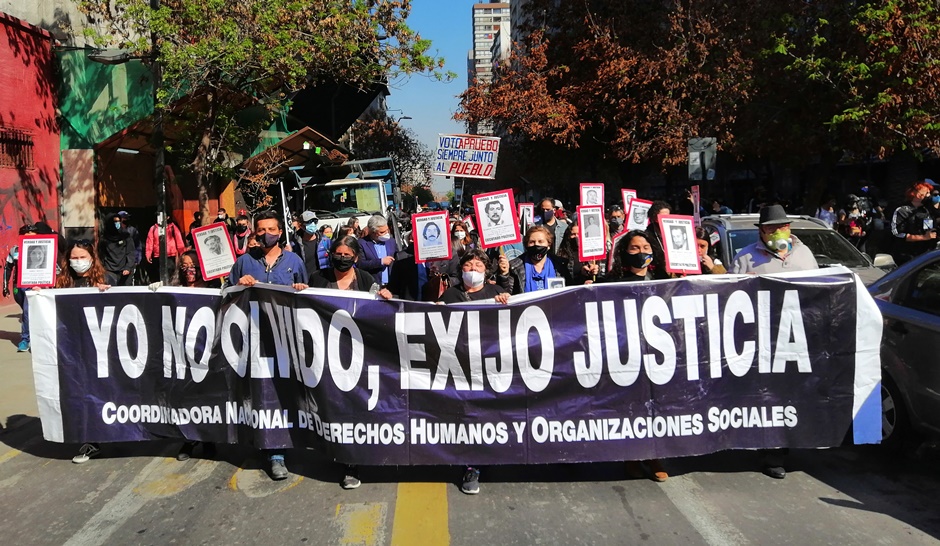 Alicia Lira, president of the Agrupación de Familiares de Ejecutados Políticos and part of SOAW-Chile recently spoke to the Human Rights Commission of the Chilean Constitutional Convention, calling for the new Constitution to ensure “guarantees of non-repetition of crimes against humanity.” She noted that to do so, “it is fundamental to end the National Security Doctrine that has reigned since the dictatorship.” She denounced the School of the Americas for teaching that doctrine, in which “the internal enemy is us.”

Finally, we do not forget the role and responsibility of the United States:

Most of all, we do not forget that the United States has never been held accountable for its actions and complicity in the state terror imposed upon the Chilean peoples.