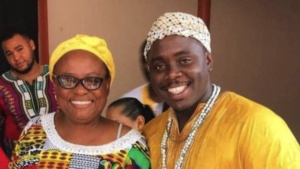 Take action to demand the return alive of the Garifuna land defenders. 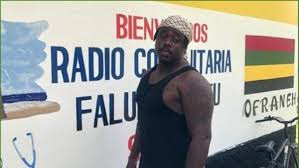 Sneider Centeno, as elected President of Triunfo de la Cruz, was active in pressuring the Honduran government to comply with the IACHR sentence, which it has repeatedly failed to do. OFRANEH holds the U.S.-backed Honduran government responsible for the forced disappearances of the four Garifuna men, given that the government has sided with powerful interests that have taken Garifuna land and refused to return the land to the Garifuna people. Additionally, in a press conference, OFRANEH leader Miriam Miranda stressed that the Garifuna men were kidnapped and disappeared on a Saturday, a day when Honduras was in total lockdown due to the pandemic and only the police, military and others authorized by the state were permitted to circulate. Yet the perpetrators were able to travel in multiple vehicles without plates to the homes of Sneider Centano and the others, forcibly remove them, and then take them to wherever they went without being stopped. They have not been heard from since. Additionally, OFRANEH denounced this week that they had received information that the Honduran government was planning to free the only suspect in custody.

Miriam Miranda of OFRANEH denounced that the forced disappearance of Sneider Centeno and the other Garifuna men is part of the systematic persecution of the Garifuna people. Just last month, Antonio Bernandez, 71 years old, was disappeared and found murdered 6 days later. Bernardez was from the Garifuna community Punta Piedra, which also won an IACHR case against the Honduran state, and where the state has also refused to implement the sentence to ensure the Garifuna the right to their ancestral land. Just a month before that, on May 20, 2020, Edwin Fernández was murdered in front of his kids while he manned the security checkpoint of the Rio Tinto Garifuna community.

OFRANEH has repeatedly denounced the powerful economic interests that displace or threaten to displace the Garifuna from their land and territory. This includes Honduran elites, international tourism and tourism projects, charter cities, drug traffickers, massive African palm oil plantations, and more. The stealing of Garifuna land is facilitated by the Honduran state’s failure to ensure Garifuna communities the right to their land and territory when powerful economic interests are involved, even when ordered to do so by the IACHR.

Take action: Call on the U.S. Embassy and your elected officials to speak out to publicly call for the return of the Garifuna leaders and to urge the Honduran government to implement the IACHR sentences for the Garifuna communities of Triunfo de la Cruz and Punta Piedra.