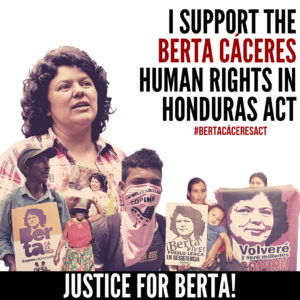 Step 2: Look to see if he or she has already co-sponsored the Berta Caceres Human Rights in Honduras Act by checking the list of co-sponsors here.

Step 3: Call the Congressional Switchboard at 202-224-3121 and ask for your Representative’s office.  When you reach their office, here are sample scripts depending if your representative has or hasn’t co-sponsored the bill: 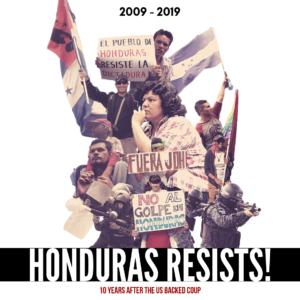 June 28, 2019 marks 10 years since high ranking military officials — trained at the US Army School of the Americas — entered the home of democratically elected Honduran President Manuel Zelaya and forcibly removed him in his pijamas, flying him out of the country. It has been 10 years of death, destruction, and repression, with right-wing policies to sell off public services and natural resources enforced with bullets.  The government appears to be run by corrupt criminal groups, with multiple powerful figures having ties to drug trafficking.  And the US has supported those who took power in the coup every step of the way; from refusing to classify it as a military coup to avoid cutting off aid to financing the ’security’ forces as they unleash terror to continuing to back the current repressive regime.