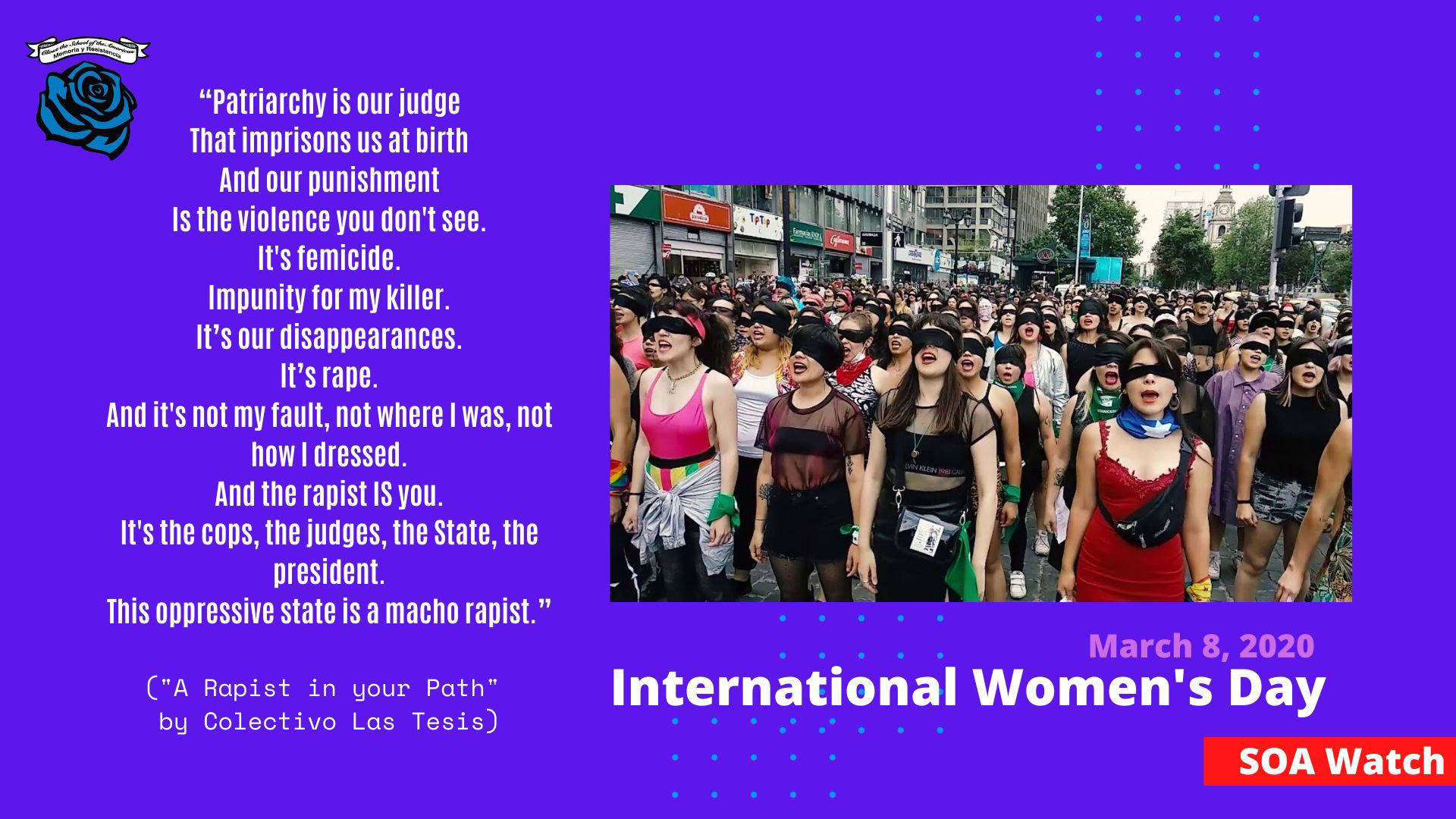 –
Dear Friends,
This March 8, on International Women’s Day, SOA Watch commemorates and celebrates the women who throughout Abya Yala resist and struggle against the structural violence patriarchal culture and the neoliberal system impose on our lives, our bodies, and that continues to generate violence against so many women. We denounce the physical, psychological, economic, sexual, and social violence that continues to deny our rights as women. We continue to form part of the struggle of women throughout Abya Yala in defense of our rights, our autonomy, our territories, and our communities.On this day, we celebrate the work of the Chilean feminist collective “Las Tesis,” which created the protest song and performance “A Rapist in your Path” on the International Day for the Elimination of Violence Against Women in 2019. “A Rapist in your Path” denounces sexual and political violence generally, as well as the sexual and political violence women have suffered at the hands of Chilean police during the ongoing social protests throughout the country against the US-backed neoliberal model. The performance struck a chord with feminist groups and collectives across the globe, and women and girls adapted the performance to their countries and languages, shouting, singing, and dancing, to denounce the sexual and political violence that women continue to face, with the tolerance and support of our governments.We also take this moment to recognize the countless women and girls in Latin America who have organized protests, strikes, and other actions to denounce the wave of femicides throughout the continent as well as the impunity of the vast majority of the killers and the indifference of our governments. The level of physical violence against women in the region is alarming, as are the number of femicides – every two hours a woman is murdered for the simple fact that she is female. Femicides are the most violent expression of patriarchy and misogyny. Our feminist comrades are working to ensure these hate crimes do not go unnoticed and unpunished, to change the sexist media narratives surrounding femicides, and to demand state accountability for failing to protect women and guarantee our right to a life free of violence. 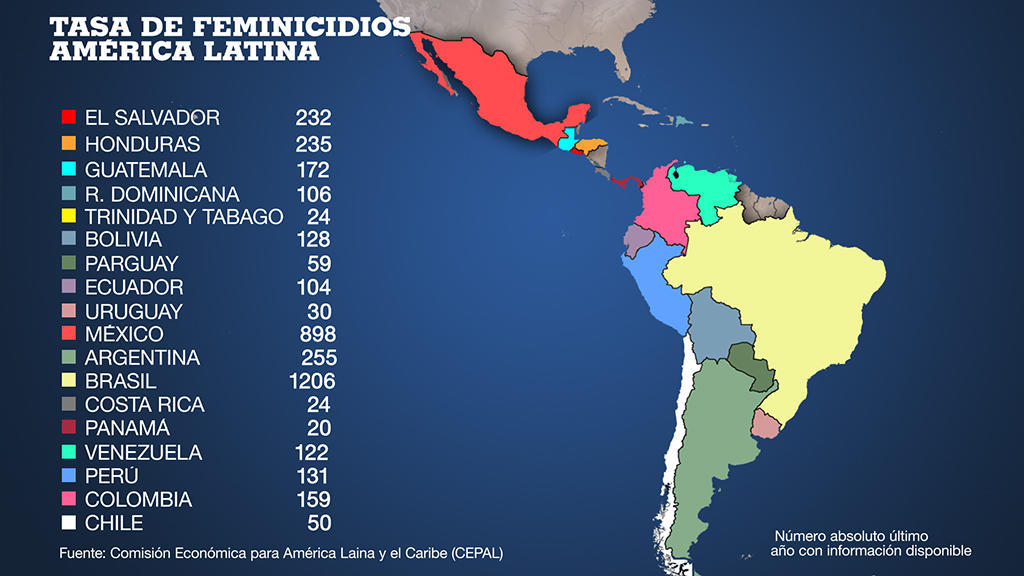 As we celebrate the courageous work of these women, this March 8, we also honor and remember those who came before us, including the 123 women and girls who died in the Triangle Shirtwaist Factory fire in New York in 1911. Their tragic deaths exposed the inhumane working conditions immigrant women and girls faced, and galvanized the struggle for women’s labor rights in the United States. We uplift their Latin American counterparts who fought for women workers’ rights, including Betsabé Espinal, a Colombian textile worker who led the first workers’ strike in Colombia in 1920. We also honor the lives of Berta Cáceres and Miriella Franco, feminist activists who were assassinated in 2016 and 2018, respectively, for their work for the rights of poor, black and indigenous women, the environment, and against neoliberal economic policies and state violence. We say, ¡¡Presentes!!