No More Training in the School of Americas (SOA/WHINSEC)

Colombia continues to produce “false positives,” in which state forces assassinate civilians and presents them as guerrillas killed in combat. The last publicly known case occurred on August 30, 2019. The Army bombed a camp of FARC-EP dissidents in a rural area of San Vicente del Caguán (Caquetá), killing at least 9 people. At the time, President Duque said “the 9 rebels belonged to the guerrilla.” Months later the truth came out: between 9 and 18 children were assassinated. In addition, social leaders continue to be assassinated in Colombia. Moreover, from 2016 to date, more than 900 leaders have been assassinated by paramilitary groups and other armed actors, most in total impunity.

In Chile it is common to see SOA graduates accused of committing serious human rights violations during the dictatorship. Moreover, SOA graduates are also being charged with corruption. For example, the former Chief Commander of the Army, Juan Miguel Fuente-Alba, has been accused of misappropriating more than USD 5 million of public funds. Chilean courts are also investigating members of government “security” forces for assassinations committed in 2019 and cases of sexual abuse by Chilean forces during its Peace Mission in Haiti.

In Honduras, since the 2009 coup d’état, led by SOA graduates, human rights activists have documented 13 forced disappearances and the assassination of more than 160 social leaders and land defenders. This includes the involvement of two SOA graduates in the assassination of environmental activist Berta Cáceres in March 2016. A recent report from the United Nations Office of the High Commissioner for Human Rights stated that “serious human rights violations” occur in Honduras. 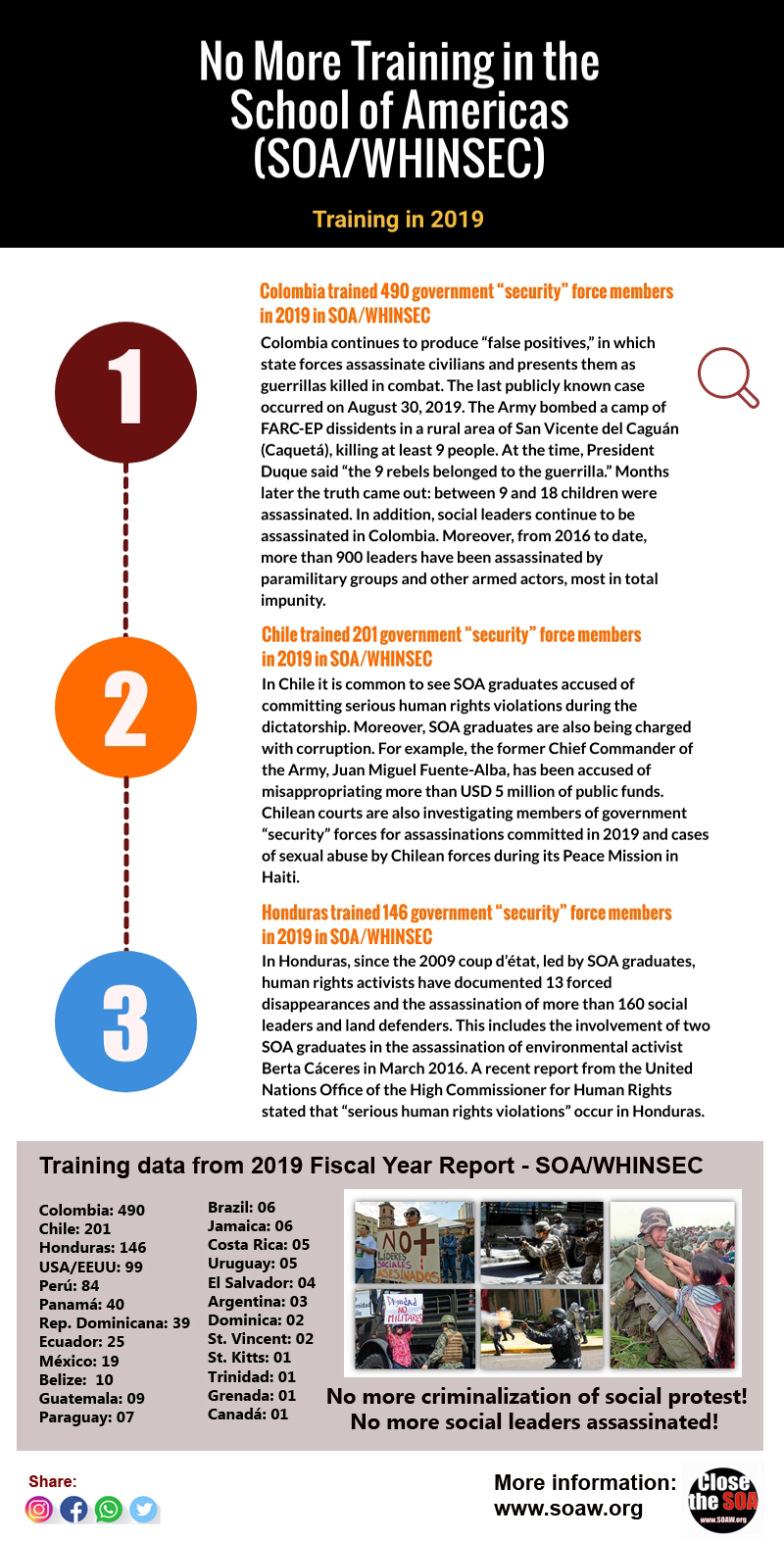