DEMAND FOR JUSTICE IN THE MSGR. ROMERO CASE AND FOR THE OPENING OF THE MILITARY ARCHIVES ON THE MASSACRE OF EL MOZOTE AND SURROUNDING PLACES, IN EL SALVADOR 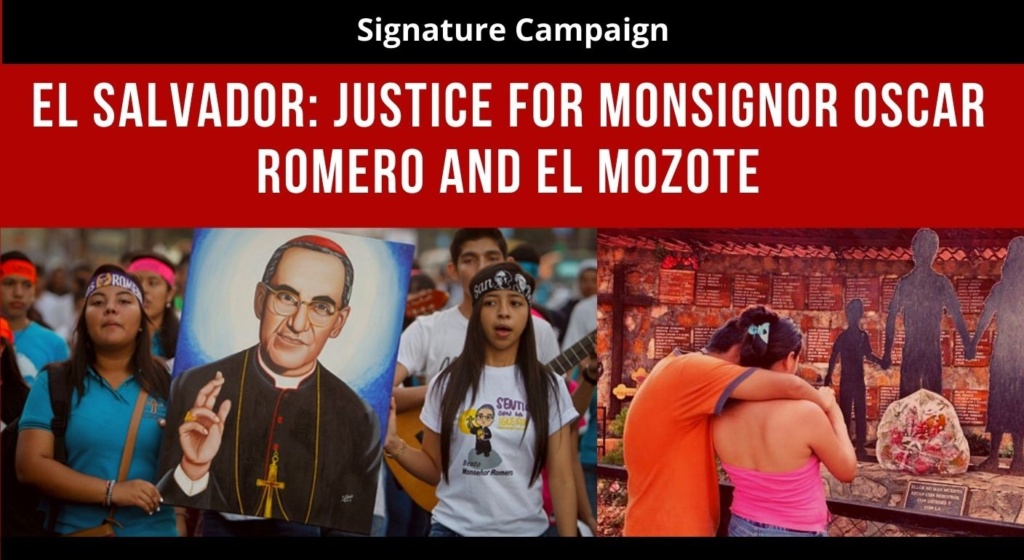 To the people of El Salvador and the peoples of the world, in relation to the murder of San Oscar A. Romero and the Massacre of El Mozote and places nearby, we the signatory individuals and organizations, EXPRESS:

Regarding the crime against humanity committed against Msgr. Romero:

Regarding the criminal proceedings against those intellectually and  materially responsible and accomplices of the massacre in El Mozote and surrounding locations: