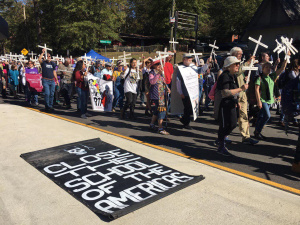 Four of the former Colombian military personnel arrested for the assassination of the Haitian President were trained at WHINSEC.
They took courses in counter drug operations, cadet leadership development, noncommissioned officer development and small unit leader training between 2001-2015, according to information the Department of Defense provided to the Columbus Ledger-Enquirer. A total of 7 of those arrested for the assassination to date were trained by the United States.  In addition to WHINSEC, others received training in Washington, D.C.
Read More…

They murdered Berta but they couldn’t silence her. David Castillo, guilty

“SOA Watch salutes Berta’s organization COPINH and Berta’s children, Bertha, Olivia, Laura, and Salvador Zuniga Cáceres, who have worked tirelessly since Berta’s assassination to demand justice and truth. And we pledge to continue working in solidarity with them until ALL those responsible for ordering and paying for Berta’s murder are brought to justice…”

WEBINAR: “On our own terms: Indigenous perspectives on forced displacement & immigration systems” 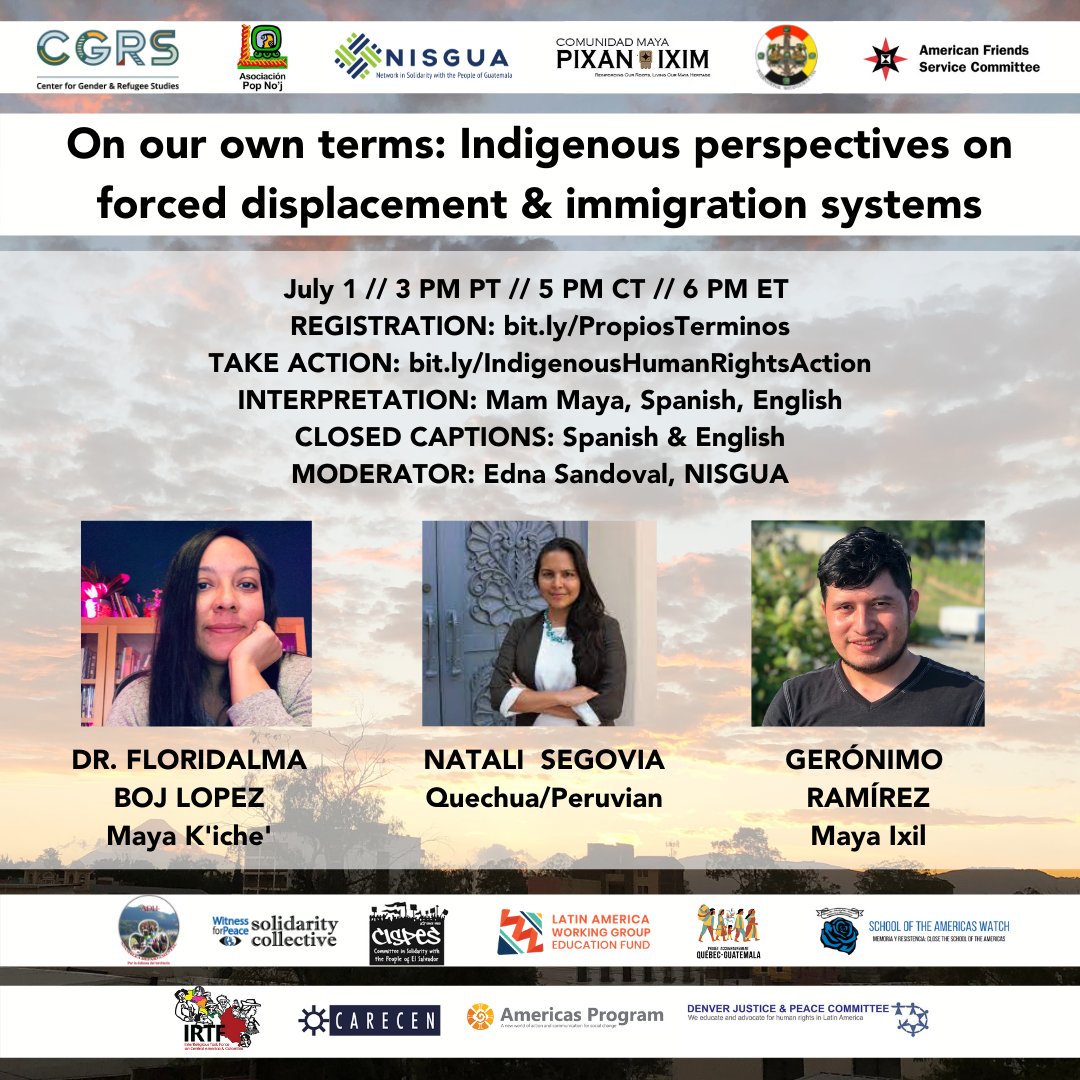 SOA Watch and Justice for Muslims Collective invite you to register:
From Colombia to Palestine, US Empire is a Crime 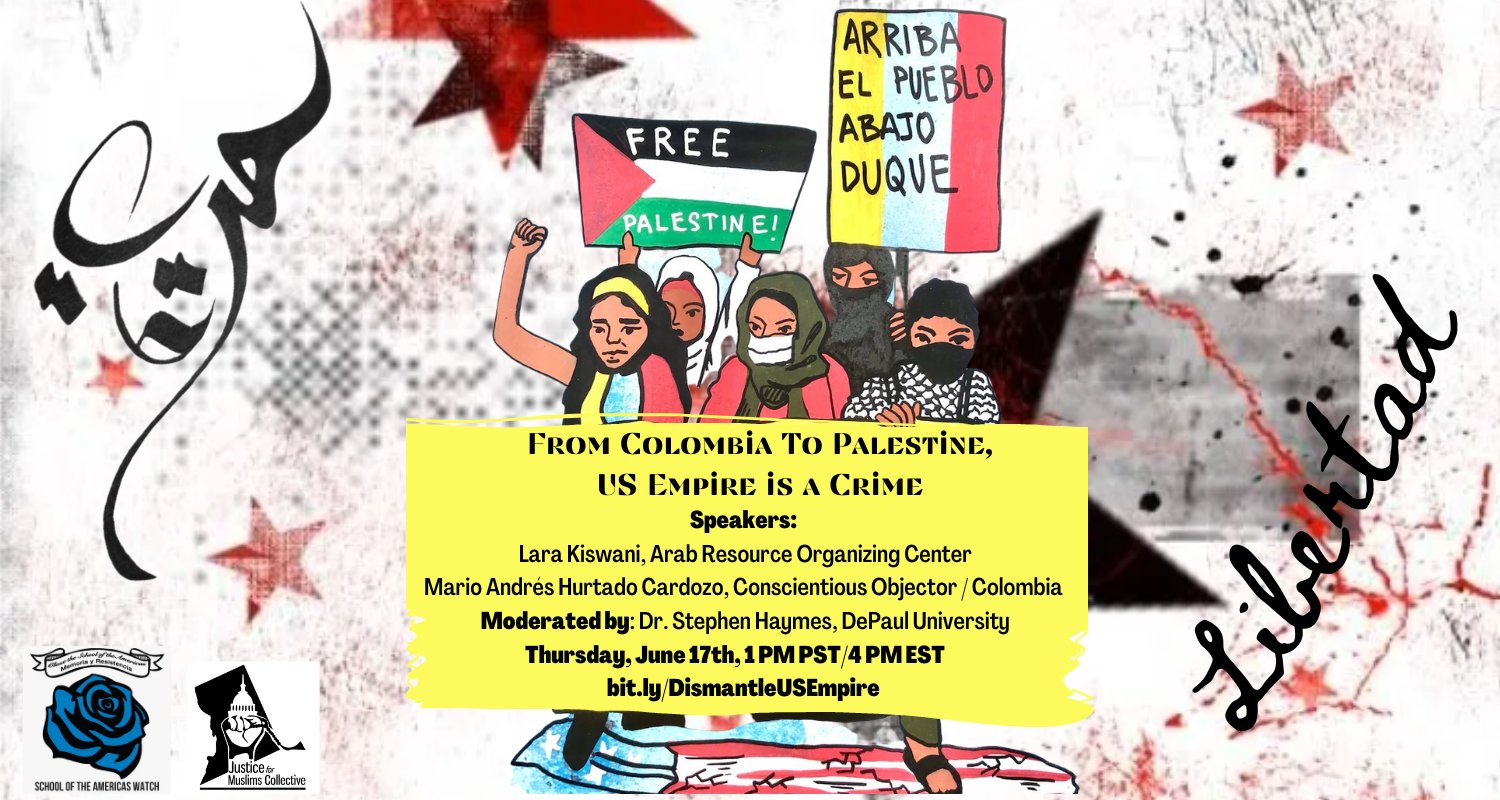 Statement By U.S.-Based Organizations Calling For A Cut-Off Of Security Aid To Colombia And An End To Repression Of Protests In Colombia 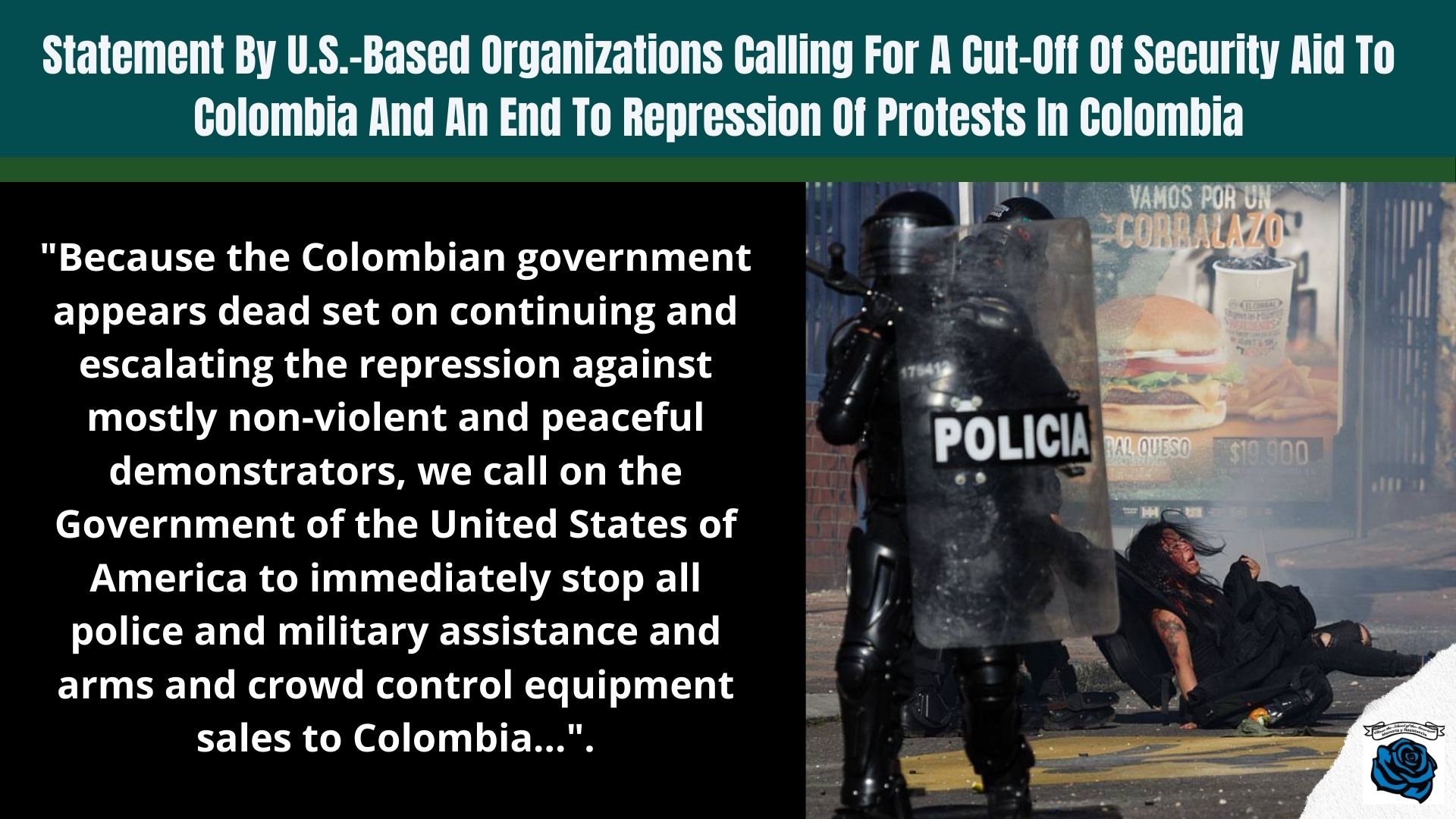 Take Action: In solidarity with the Jilamito River Defenders in Honduras! 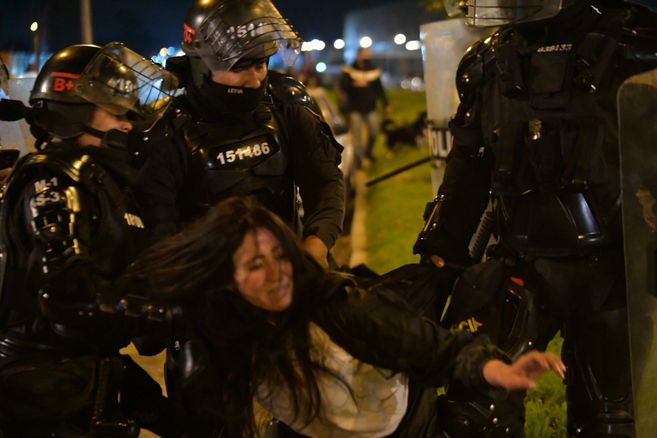 Take Action: Contact your Rep. to Address Violence in Colombia 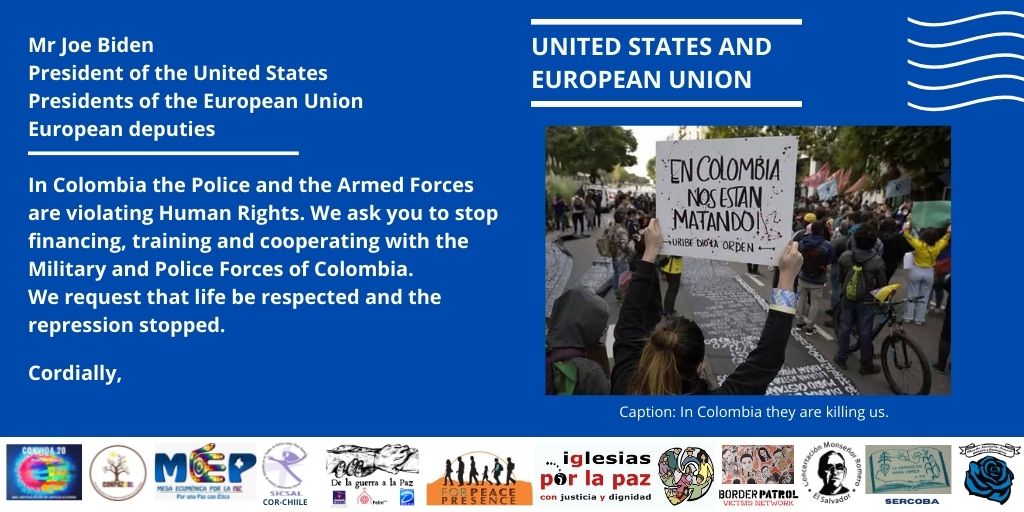 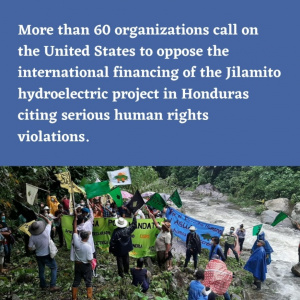 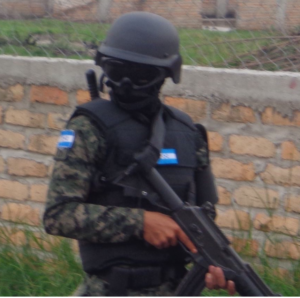 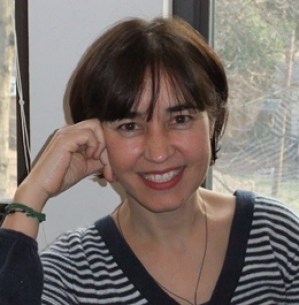 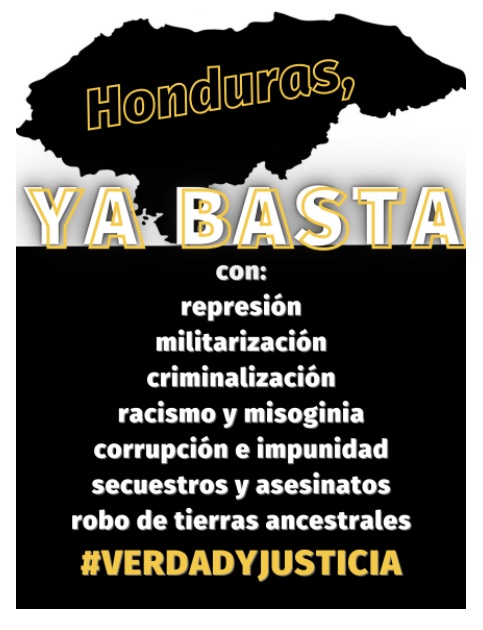 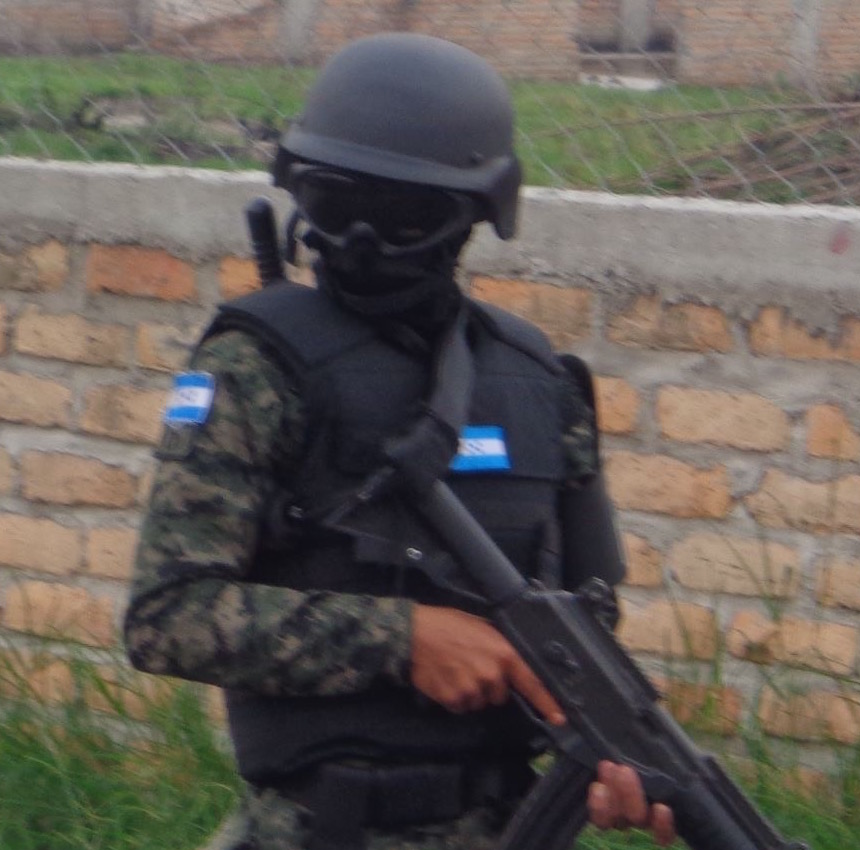 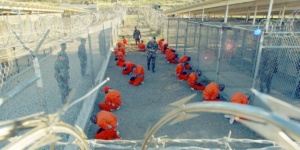 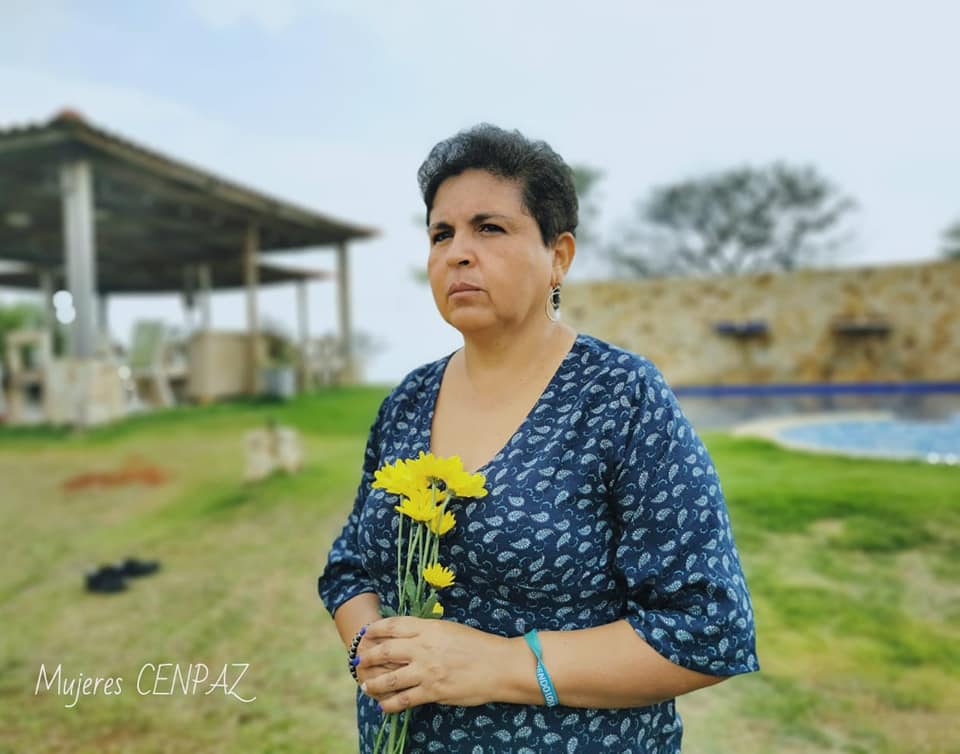 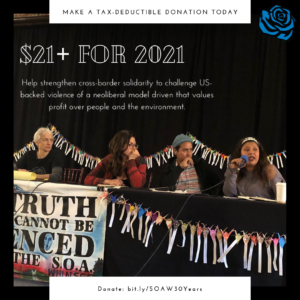 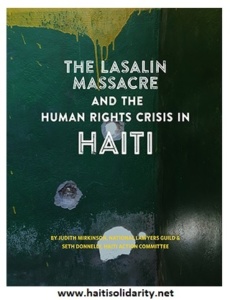 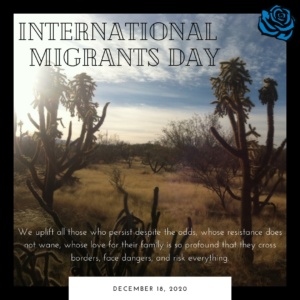 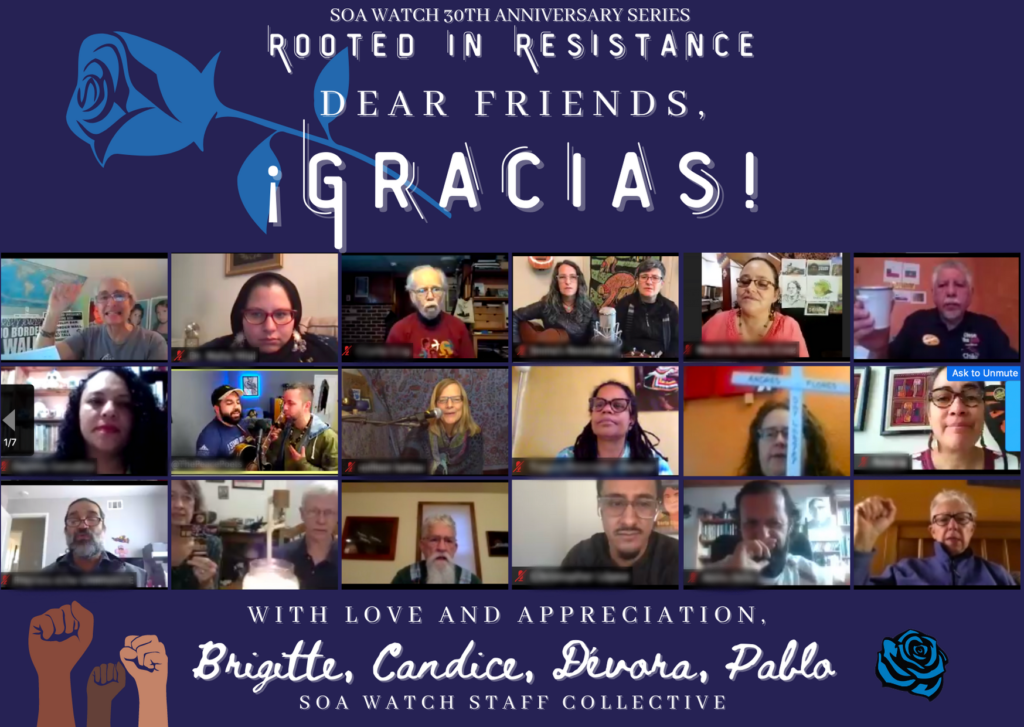 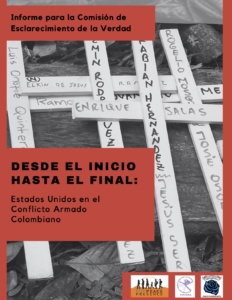 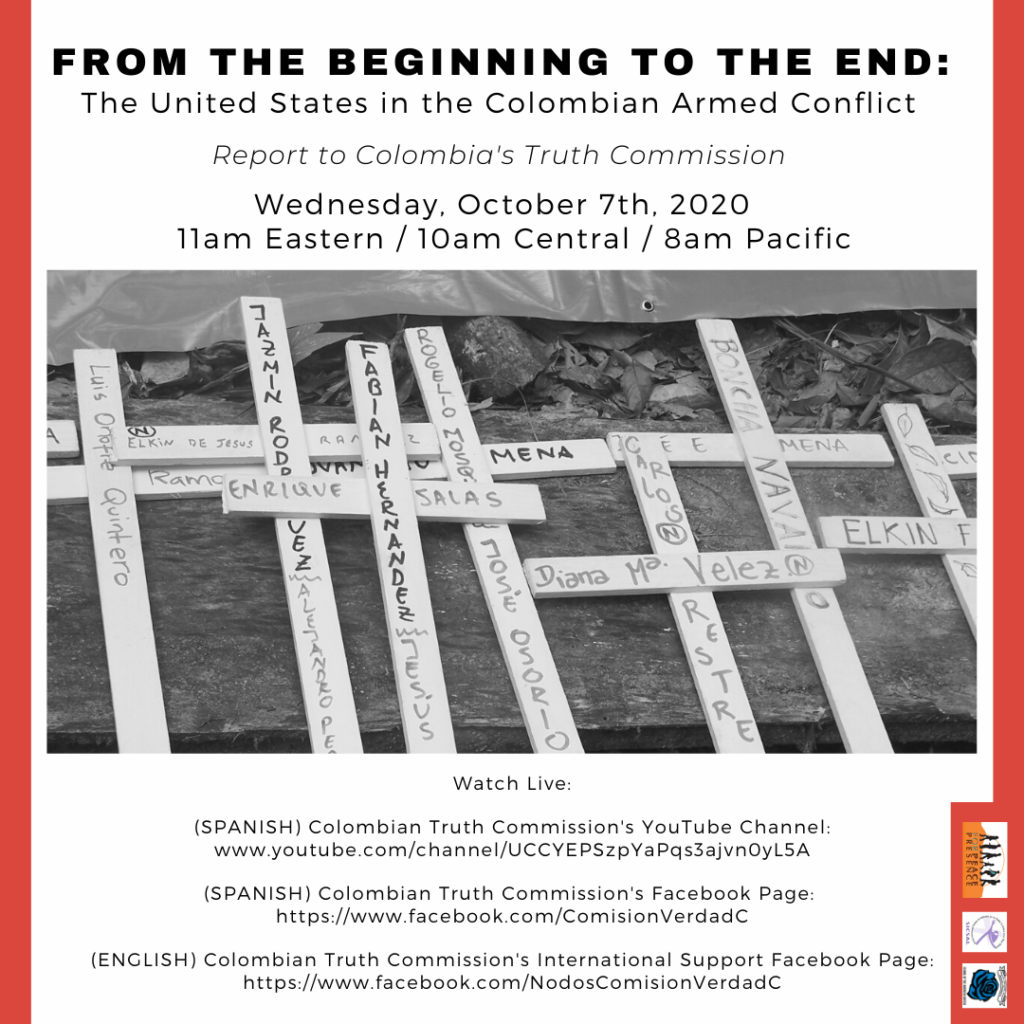